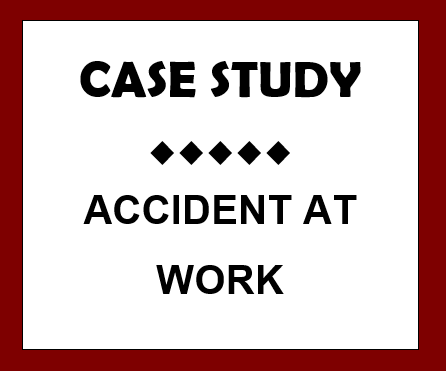 We have successfully completed a claim for a client involved in an accident at work.

We were instructed by the Claimant who had been involved in an accident at work when the glazing unit he was moving shattered causing him a gash to his head and injuries to his neck and shoulder. The accident occurred through no fault of his own.

We obtained supportive medical evidence setting out the injuries the Claimant sustained and looked to negotiate a settlement with the Defendant.

The Defendant denied liability and we were required to issue court proceedings. The Defendant did not agree with the Claimant’s version of events claiming the Claimant had told people in the work place the accident was his own fault. This was denied by the Claimant.

As such, the matter was prepared for Trial and was due to take place in a matter of days when the Defendant opened potential settlement discussions.

The claim was settled on favourable terms and an offer was accepted by the Claimant without the need to attend Court.

This case was frustrating for the Claimant as he had maintained the same facts throughout the claim which the Defendant denied. All of the work was done to prepare the claim for Court. However, settlement without a Court hearing is always an option to explore as litigation can be risky and the Claimant could potentially have lost the case at Court if he failed to convince the Judge that he was, on balance, telling the truth.