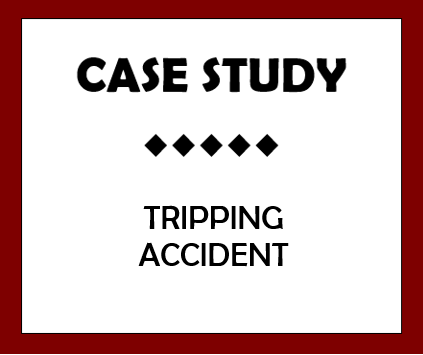 We have recently concluded a claim for one of our clients following a tripping accident.

The facts were as follows:-

The Claimant was a tenant in a sheltered housing scheme. The Claimant was walking along a pathway leading to his home when he tripped on a defective grid, fell to the ground and injured himself. The grid was dangerous because it had a raised edge above the surface of the surrounding pathway and also the lid to the grid was missing.

We alleged that the Defendant owed a duty to take reasonable care of the Claimant to ensure that he was reasonably safe whilst using the common areas, including the pathway, at the sheltered accommodation.

Usually a defect has to be an inch or more to be actionable in law. However, as there were no measurements of the defect, this made the claim problematic. Nonetheless, photographs showed that the edge was clearly raised, although the Defendant argued that there was no evidence that the defect was actionable, i.e. over 1 inch. The Defendant also argued that they had a reasonable system of inspection and maintenance in the area and when they last inspected, the defect was not present.

The claim had to be issued as liability could not be agreed. A barrister’s advice was obtained which stated that in an ordinary area the defect may not be classed as actionable. However, because the defect was on a pathway in sheltered accommodation, the Defendant owed a higher duty of care, above and beyond that owed to the general public as older people may be more likely to trip over raised edges.

The claim was eventually settled out of Court. However, as the Claimant sadly passed away before the claim concluded, this was continued via his next of kin and settlement damages were paid to his estate.