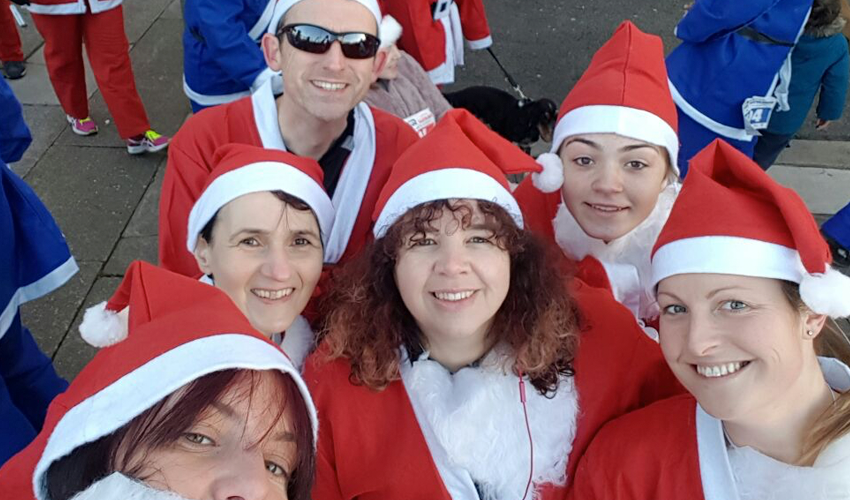 Sunday 4th December marked the 12th annual Liverpool Santa Dash which has become a firm favourite in the run-up to the festive season. This year some of our Maxwell Hodge team took part.

The 2016 dash was open to runners, joggers and walkers and everything in between! As is tradition in this city, both red and blue Santa suits were sported during the dash, usually signifying a participants chosen allegiance to Liverpool Football Club or Everton Football Club. As well as the main 5K Festive Fun Run, there was a 1K Mini Run for under 12s.

The Liverpool Santa Dash supports Everton in the Community, Zoe’s Place and Cash For Kids. Many runners also choose to raise money for their charity of choice.

Each year the Liverpool Santa Dash goes head-to-head with Las Vegas to be crowned the biggest Festive Fun Run in the world. Last year Liverpool narrowly lost out to Las Vegas, however have reclaimed the title in 2016 with an attendance surpassing the 8,803 runners in Nevada – they can always try their luck again next year!