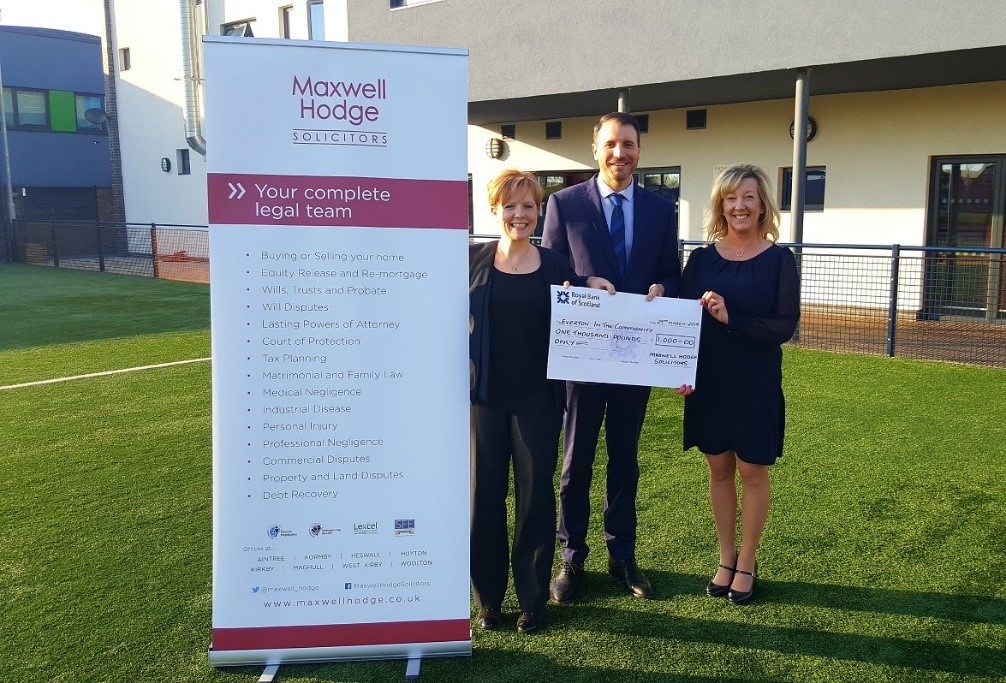 One of Liverpool’s longest established independent Solicitors, Maxwell Hodge are delighted to have chosen Everton in the Community (“EitC”) as their new charity of the year.

Maxwell Hodge will support EitC to help raise funds for a new permanent purpose-built mental health facility called “The People’s Place”, whilst also assisting on some of the many projects that they run.

“The People’s Place”, which will be located just 500 metres from Goodison Park, will provide mental health services to those seeking support, regardless of their age, gender or location to the facility. The facility will also offer support relating to suicide awareness and prevention as well as signposting individuals to the charity’s existing mental health programmes.

Each year, 1 in 4 people experience poor mental health, and those seeking support is at an all-time high. EitC’s aim is to promote positive mental health and end the stigma surrounding this taboo subject. Maxwell Hodge is delighted to be partnering and supporting this part of the charity which, over the last ten years, has already delivered award winning mental health provisions across Merseyside.

Maxwell Hodge recently attended to present a cheque for £1,000, to kick start its fundraising for “The People’s Place”.

Claire Banks, Director, said “Most of us have suffered from, or are connected to, someone who has suffered from an illness which has affected their mental health. It seems that there is so much that needs to be done to get to the point of offering adequate help. The projects run by EitC, and the help it is offering, are incredible and so important. It will be a privilege to work with this charity.”

Michael Salla, Director of Health and Sport at Everton in the Community said “We have embarked on this ambitious project -The People’s Place- and it is thanks to the support from Maxwell Hodge Solicitors that we are able to move a step closer to making the project a reality. The project will make a significant difference with normalising conversations about mental health while supporting at-risk people with a focus on prevention.’

Throughout the coming months, Maxwell Hodge will be hosting various fundraising events to raise further funds for this fantastic charity.